In 1911, aged 16, Paine enrolled at the Salford School of Art under Messrs. P.J.J. Brooks and B.D. Taylor, where he was apprenticed to the art of making stained glass.   The clarity of design and meticulous craftsmanship he learned there is reflected in all his subsequent work in a variety of genres.

His first exhibit at the Royal Academy was a design (1702) for a stained glass window in 1916.   Nothing further is known about it.

From 1921 to 1923 Paine worked for Guthrie & Wells in Glasgow, decorators, furniture dealers and makers of stained glass.   During that time Paine’s creative work was mostly in stained glass.

Paine described the technique in an article, ‘The Craft of Stained Glass’ published in The Studio, vol 105, May 1933.   (This information courtesy of Rona Moody, stained glass artist)

Following his return to England in 1931 Paine collaborated with Anna (‘Daisy’) Luther (1896-1960) on stained glass commissions.   Design and painting by Paine, glass cutting and leading by ‘Daisy’.  They called themselves ‘The Firm’.

Four panels (below) from a series of eight illustrating the nursery rhyme.   The whereabouts of the remaining four is unknown as is the date though they were probably produced in the nineteen thirties.    Each panel is signed CPDL – Charles Paine ‘Daisy’ Luther. 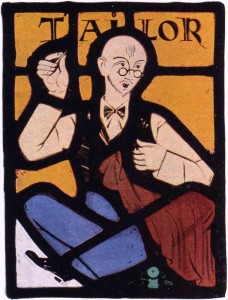 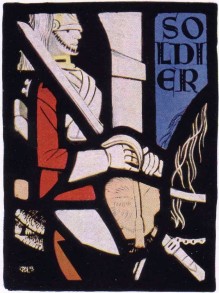 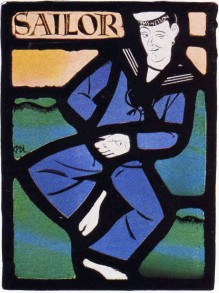 ‘Fear not: for I bring you good tidings’

‘The Shepherds’ was exhibited at the Royal Academy (1132) in 1944.   The lamb strongly resembles the ‘wicked’ lamb on the Spring poster in the well-known Welwyn series. 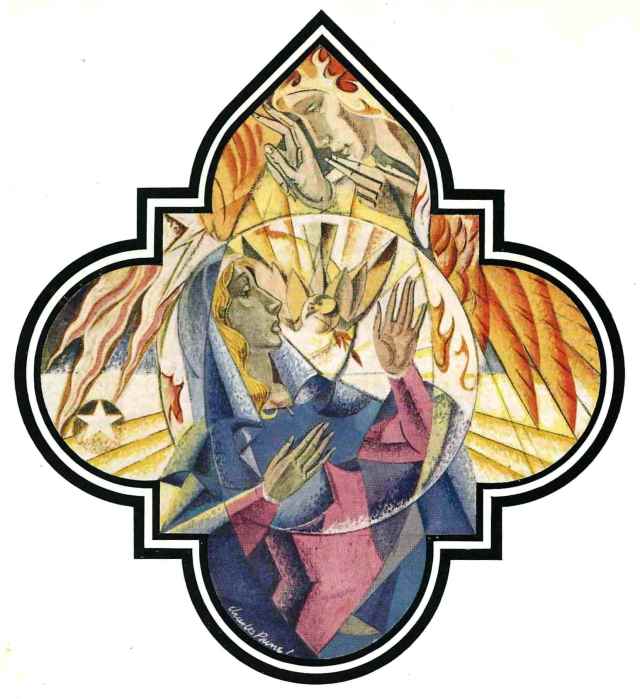 Nothing further is known about this study.

This is very probably the window that Paine designed for The Deaf, Blind and Dumb Institute in Glasgow.   The building was subsequently demolished but the window may have survived.   Its present whereabouts is unknown.

A study in white 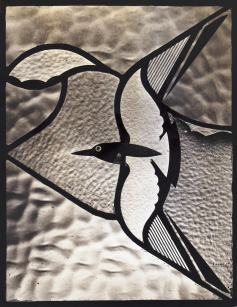 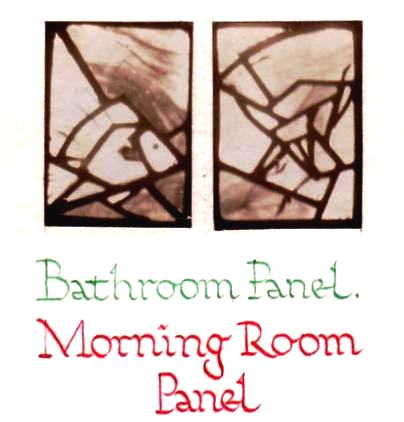 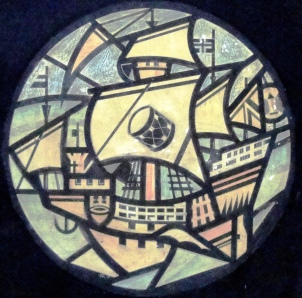 Presumably these four stained glass window designs were a private commission, probably in the 1930s.   I have no further information.

‘Drake’s Drum is a snare drum that Sir Francis Drake took with him when he circumnavigated the world.   Shortly before he died he ordered the drum to be taken to Buckland Abbey and vowed that if England were ever in danger and someone was to beat the drum he would return to defend the country.  According to legend it can be heard to beat at times when England is at war or significant national events take place.’   (Wikipedia)

‘To the Glory of God and in loving memory of William McCreath, Provost of Girvan, and for fifty years an office Bearer in this church.   Erected by his Widow and family.’

The United Free Church at Girvan was subsequently converted into flats and the present whereabouts of the window is unknown.   Very probably made while Paine was at Guthrie and Wells 1921-3.   The window was widely admired.   Also admired was his window at Bathgate, West Lothian, but I have no information beyond the fact that it existed.

The memorial is the East window of the church and was given by Sir Peter and Lady Mackie in memory of their son, James Logan Mackie.  The window was designed by Charles Paine and Daisy Luther and made by Guthrie and Wells in 1957.

Nothing further is known about this commission.

This entry was posted in Uncategorized and tagged Stained Glass. Bookmark the permalink.