In 1923 Ronald Simpson, chief designer at Morton Sundour, having met Paine at Guthrie and Wells, a major customer for Sundour fabrics, introduced him to the head of the firm, James Morton.   They met in May and Morton was ‘immediately taken by Paine’s whimsical personality and the imaginative quality of his work’.   (Three generations in a Family Textile Firm by Jocelyn Morton)   He invited Paine to move to Lancaster to take responsibility for the firm’s advertising and to bring new ideas to the design of both woven and printed textiles.   He was also asked to study the production of fabrics at the works with a view to suggesting ‘new ways and means of approach to existing techniques’.

Paine accepted the job with what seems to have been considerable enthusiasm and took up residence at 5 Laurel Bank.   Morton noted in his diary that Paine was ‘badly wanting a fresh field for his genius’.   Morton Sundour was already well known for the quality of its publicity and Paine was to take that aspect of the business to new heights.   Commercial Art magazine rated Paine as “one of the most highly gifted designers in the country” and especially praised “the richness of textile design” displayed in his posters for Morton Sundour Fabrics (1927).   The majority of his designs were exported to America and were successful.   The founder of the firm, Alexander Morton, was strongly influenced by William Morris and the firm always employed the leading modern designers. 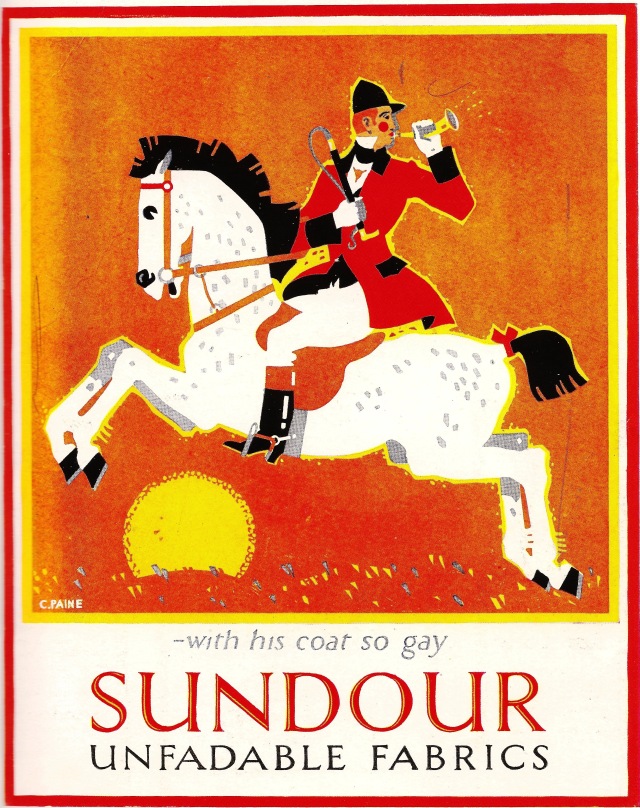 Paine worked for Morton from May 1923 to May 1924 when he went to California.   He resumed his association with the firm on his return in 1925.   In 1929 he went back to California for a year.   He stayed in touch with Morton and was the first to congratulate him on his knighthood in 1936.   In a letter dated 2 July 1936 Morton wrote, ‘It is very gratifying to have from so many friends such hearty approval of the inclusion of my name in the King’s first Birthday List of Honours, and your goodwill and good wishes at this time are much appreciated … ‘   A postscript added, ‘Very good of you to rise to greet me so early.   You were the First-footer.   I hope it was after a good sleep and not on your way home from a spree!’

In 1923 Morton launched the Standfast campaign to promote the Standfast prints.   In a letter to Morton dated 9 October 1923 Paine presented his idea for a Standfast logo. 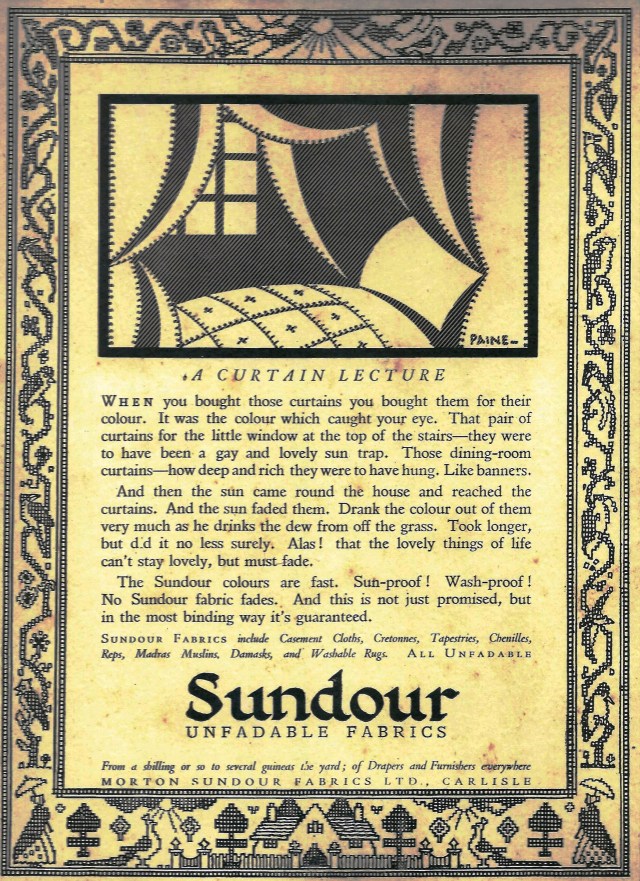 A typical Sundour advertisement (above) with drawing by Paine and copy by W. Haslam Mills.   Mills was employed as a freelance by Paine’s friend, Charles S. Hobson of Manchester, who Paine introduced to James Morton.   Hobson, according to his Times obituary, probably ‘had the most dramatic influence on British advertising of any single man this century’.   In the late 1920s Hobson was replaced by Fred Phillips of the Baynard Press with which Paine already had strong links. 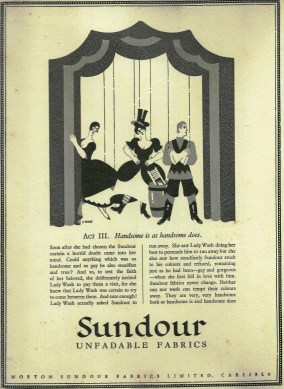 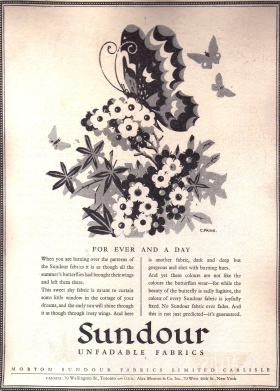 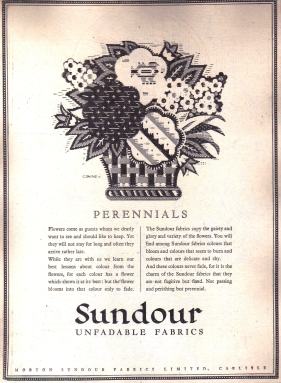 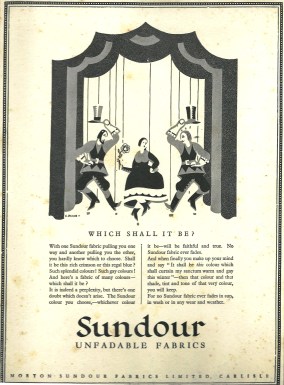 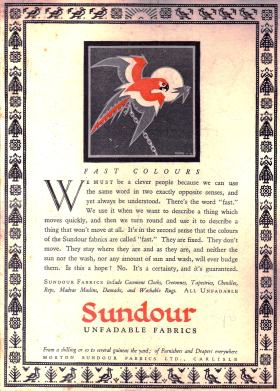 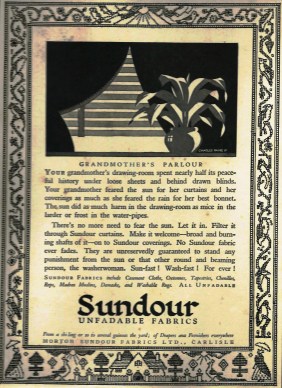 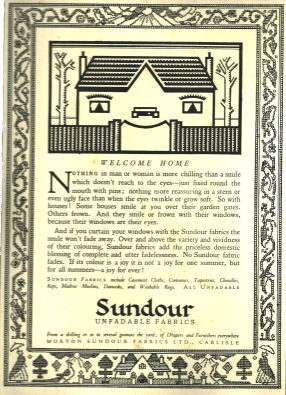 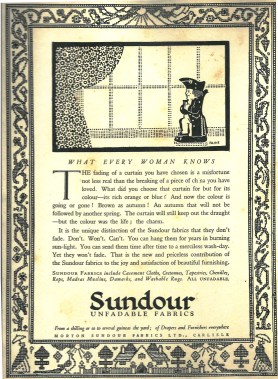 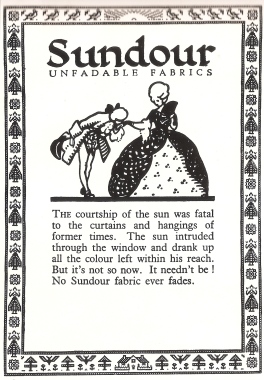 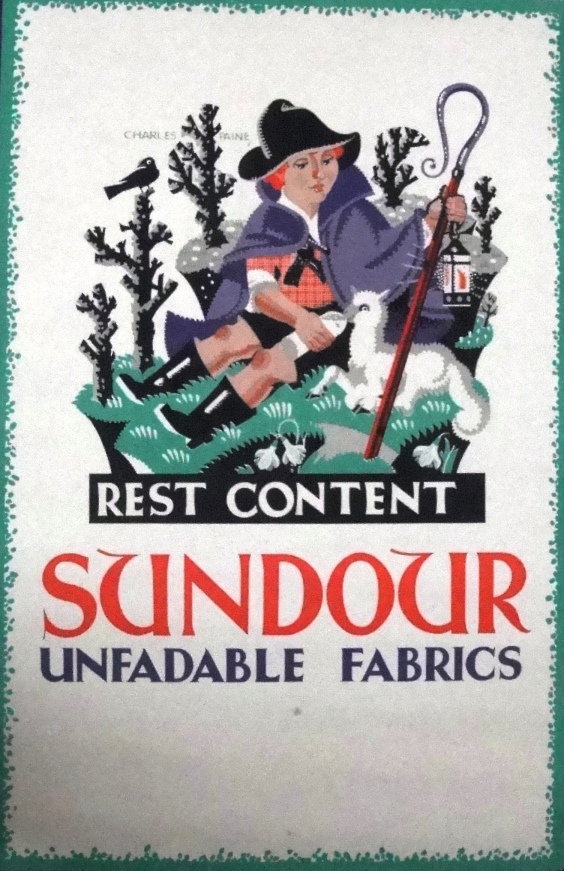 This poster uses the image from the month of February in the 1928 Sundour calendar.   (See separate post) 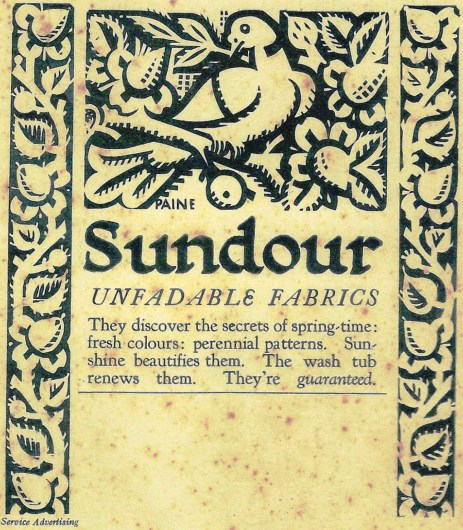 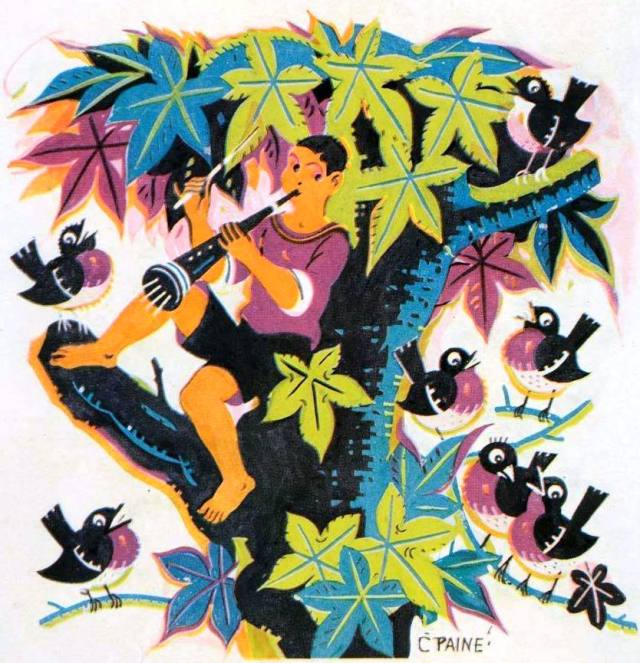