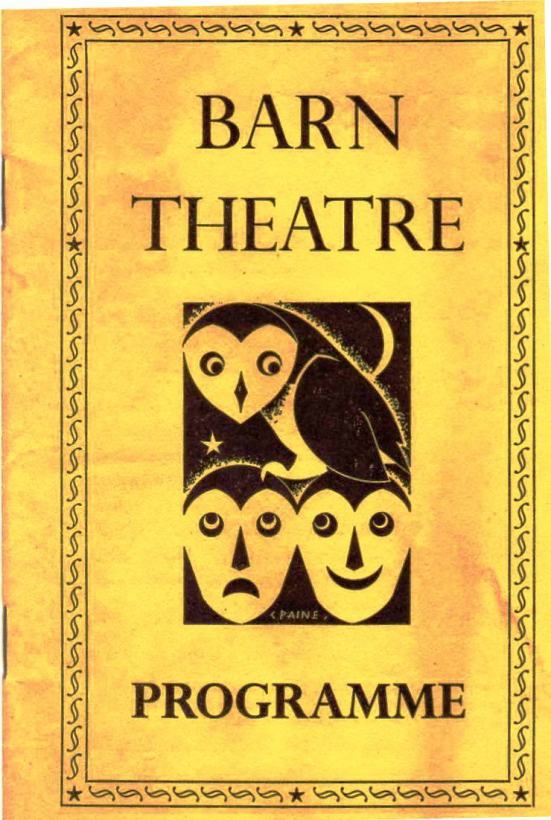 The Barn Theatre, Welwyn, opened to the paying public in January 1932 and could seat 150 people.   It was closed during the war after being requisitioned by the army in 1940 and re-opened in November 1946.

The Thalians was formed in 1929 from a merger with two other amateur societies, the Barnstormers (drama) and the Operatic Society (music).   After the war, in 1947, the Thalians were back in business with The Gondoliers and continued filling the Welwyn Theatre until 1962 when, after a successful opening performance of Carousel, a fire broke out and the stage was destroyed.   When the Campus West Theatre opened in 1973 the Thalians Society moved in and has been performing there ever since.   (‘Our Welwyn Garden City’ website)