In the nineteen-twenties Paine twice spent a year teaching in Santa Barbara, California.   (1924-5; 1929-30)   His work at the Edinburgh College of Art was well known to Morley Fletcher who had just been appointed first Director of the new Santa Barbara School of Arts in charge of the Design Programme where he remained until 1930.   He asked Paine to give a course of lectures ‘Big business and bad design’.   The Santa Barbara Community Arts Association was a non-profit corporation founded on 24 April 1922.  The stated purpose was ‘to afford individuals the opportunity of self-expression, training and education in Music, Drama and the Allied Arts and to aid in the cultural improvement of the people and in the beautification of the City of Santa Barbara.’   The catalogue for the 1924-25 term states that for the Design course ‘The aim … is to train designers for crafts and industries by practice in craftwork and designing’.

The Community Arts aimed to turn Santa Barbara into the most beautiful small city in America and in this they largely succeeded, attracting many wealthy residents.   They rejected the high rise style of LA and aimed to unify the town’s architectural look around a Spanish Colonial style.   The 1920’s was Santa Barbara’s Golden Age and an important element in its cultural flowering was the Lobero Theatre, opened in August 1924.   Paine produced publicity for the theatre and no doubt attended performances. 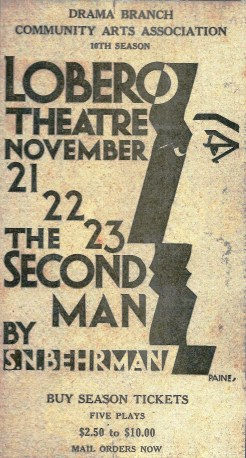 As ever Paine worked on private commissions in addition to his teaching duties.

The cover of the Santa Barbara Gardener for 1929 shows a Copa de Oro, the Golden Chalice Vine.   The drawing is acknowledged on page 2:  ‘A Cup of Gold for Christmas! – we can think of no more regal gift and thanks to the genius of Charles Paine we can hand you one upon  the cover (not a platter)!   In a land where the Copa de Oro blooms for Christmas how can we help but be merry!’ 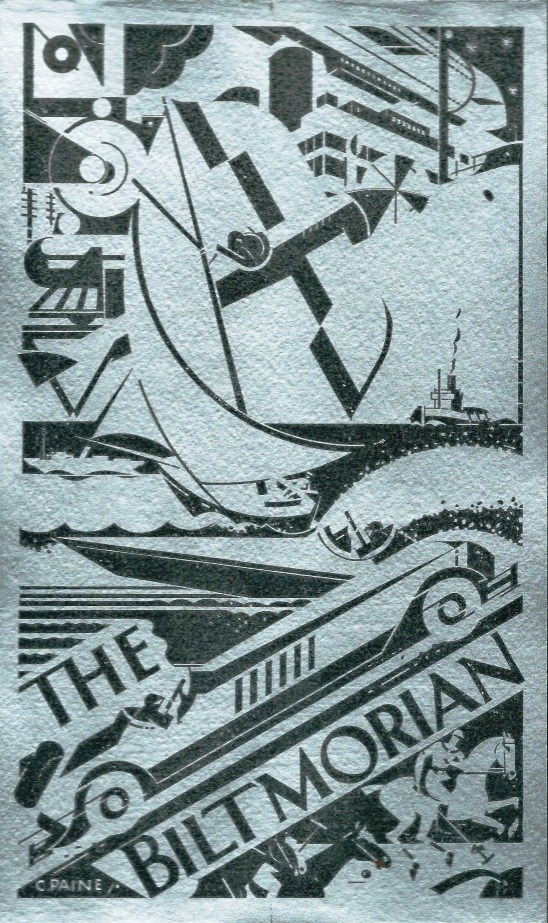 The Santa Barbara Biltmore opened in 1927 as part of the luxurious Biltmore Hotels chain.   The aircraft on this cover closely resembles those on his Air Line posters.   Paine often re-used successful ideas. 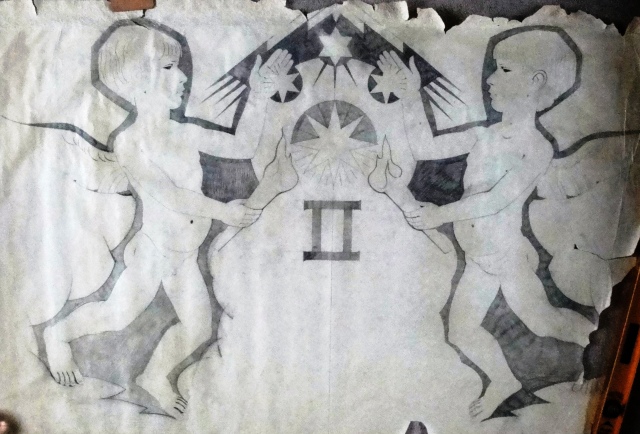 Paine was highly regarded in California.   There is a clear indication in one of Teuila’s letters to him that he would have been offered the post of Director of the San Francisco School of Arts had he not returned to England.   Among his many admirers was the artist Paul Julian (1914-1995).    In  a  letter  to  Patricia  Clark in December 1993 Julian said, ‘I began night-classes at the old School of the Arts when I was fifteen or sixteen partly because Charles Paine was teaching them.  He was a highly successful commercial designer and advertising artist in London before he headed the design department in S.B. — my mother studied with him and took over the department when he went home — they corresponded at length and she sent work over to him for criticism.       And  I  will  always  remember  his  letters;  he  was one of the greatest teachers I have ever encountered.’