This is probably a book plate designed by Paine for Alistair Morton, grandson of the firm’s founder, Alexander Morton.      In 1928 Edinburgh Weavers was established as an experimental branch of Morton Sundour Fabrics.   Alistair, was Director from 1931 until his death in 1963.   His aim was to fuse textiles and modern art in which he was largely successful because he combined the latest technical processes with brilliant creative minds.    Illustrious British designers such as Barbara Hepworth, Terence Conran, Paul Nash and Ben Nicholson all created work for the company.   In 1951 the company provided the colourful hangings for the festival of Britain. 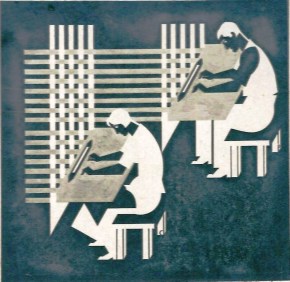 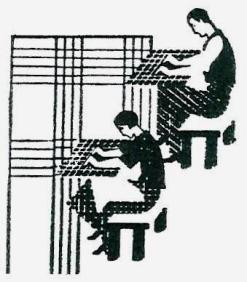 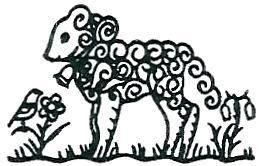 James Morton was born under the sign of the Aries the Ram,  a star sign that was well suited to his physical strength and forceful personality.   Very possibly at Paine’s suggestion, he decided to adopt it as his personal device in his private publications as, for example, on the title page of To Young Weavers and asked Paine for a design. 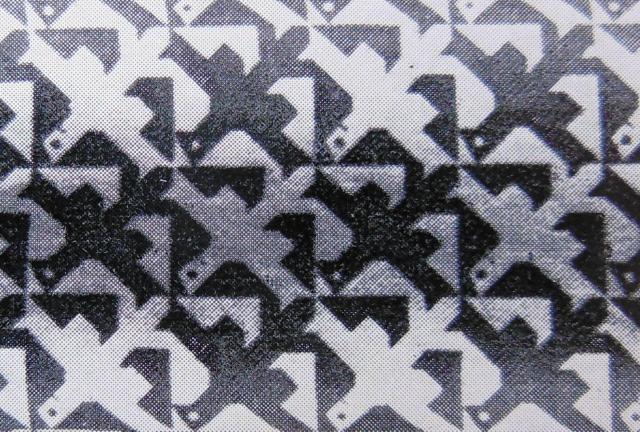 Paine produced one or two outstanding designs for the inexpensive Sundour ‘Eitherway’ prints.   This very ingenious single-colour counter-change pattern is based on a seagull in flight.   It expresses Paine’s ideal of the ‘power of a well-considered repeat [in this case no more than three inches square] to cover a large surface at the same time with no apparent Alpha and Omega’. 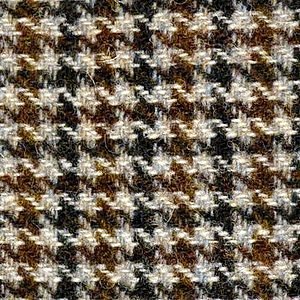