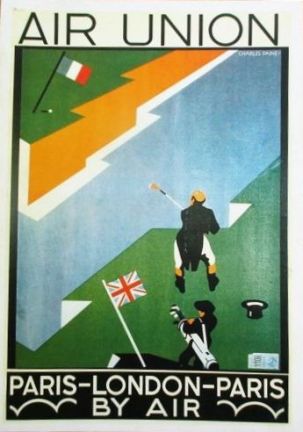 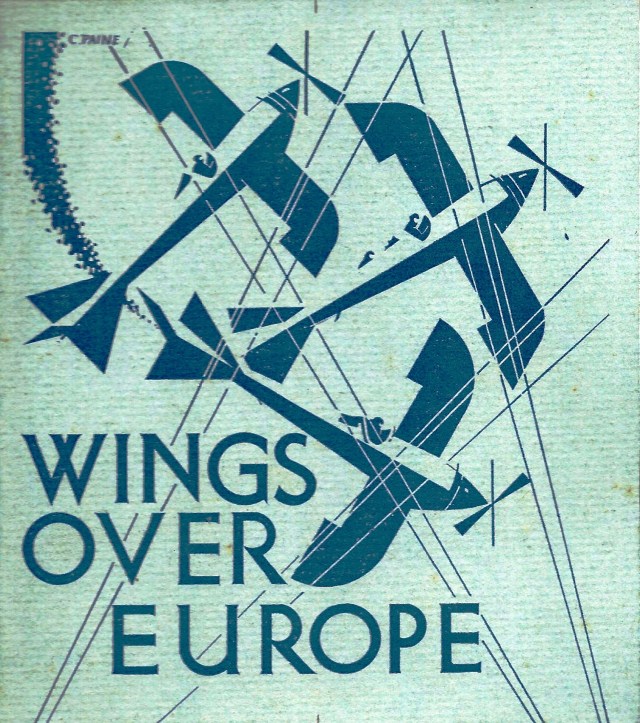 I don’t know if this is a poster or a cover.   The aircraft appear to owe more to the artist’s imagination than to that of any aeroplane designer.   It could possibly have been produced in connection with the 1928 play Wings Over Europe by Robert Nichols and Maurice Browne, a drama set in 10 Downing Street and produced on Broadway at a time when Paine was teaching in Santa Barbara.   Austin Strong, son of Paine’s friend Teuila (Isobel Field), was a successful playwright.

This splendid showcard was included in a display of Paine’s posters in Milan in 1923.   (Information Art Institute of Chicago)   The design harks back to the days of Beau Nash (1674-1761) Master of Ceremonies at the fashionable spa town of Bath.